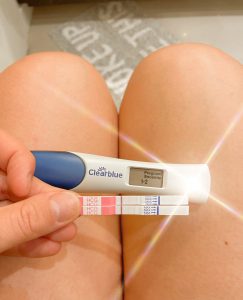 Since sharing the news of our miscarriage I haven’t touched on the topic again since.

It’s not that I haven’t wanted to. I think its more that I don’t want to scare other women. Now that I’ve had some time to process, I feel, although it was truly the hardest thing I have ever had to go through, it was also a beautiful and spiritual experience.

If I’m being honest with myself and all of you, deep down I had a feeling about this pregnancy. An inner knowing that it wasn’t going to go full term. I can’t explain further than that, but I just knew.

Although I was okay to share the news of our pregnancy, I was also very particular about who I wanted to share it with. If there was even the possibility of someone else finding out or getting a small hint it gave me a lot of anxiety.

While packing up our old townhouse I was hesitant to pack my pads, tampons, diva cup and unused pregnancy tests. Even though I was pregnant, I felt I might need them.

For some reason whenever I’ve pictured another child in our home and lives, the image always came with rainbows. I always felt that a rainbow was going to be heavily connected to our next child.

Yet, despite all of that, it still took me by utter surprise. 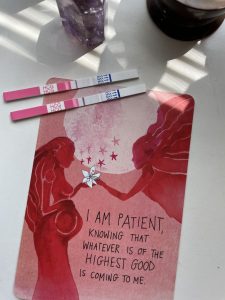 Our angel baby left me with one of the greatest gifts. A deep rooted knowing that we connected. That they will forever be apart of me and I them.

On July 20th, I woke in the middle of the night from a very vivid dream. One that felt so real I had to confirm once awake that it was in fact a dream. The dream told me I was pregnant. 3 days later a pregnancy test confirmed that.

On August 26th a doctor walked into my room at the end of my ultrasound appointment to explain that our baby no longer had a heart beat. I heard his words, I even kind of understood them, but they sat at the surface. I refused to let them penetrate into my knowing.

The clinic was about 30 minutes away from our home, throughout that drive the news slowly began to sink and I sank with it. I couldn’t speak. I had no words in my mind and even if I had I didn’t have the energy or capacity to open my mouth and project sound. It just wasn’t an option. 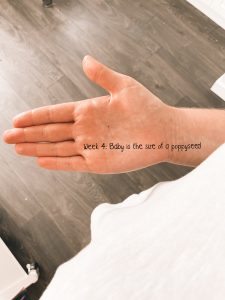 A few days later I made the decision to take Mifegymiso – the pharmaceutical given to force the body into giving a miscarriage (also used for abortions). Although there was no life in my tummy. No more heartbeat or growth I still found it incredibly difficult to take the medication. I had to build myself up quite a bit before I had the courage to even take the first pill, and then again for the second the following day.

I want to state right now that I am going to go into details on what the physical miscarriage felt like after taking the Mifegymiso. If you don’t feel comfortable with reading about pregnancy loss, blood, pain etc then I suggest you stop reading this post. 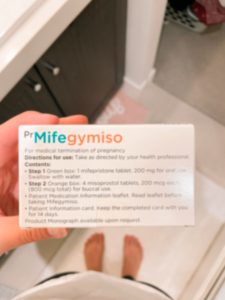 It took about 6 hours for the drug to start kicking in. I started off with mild cramping which quickly (over the course of an hour or so) grew to intense cramps. I wore a pad and lied in bed but could feel when my body would push out a gush of blood/placenta. The feeling made me uncomfortable so I would typically go to the bathroom to clean up each time.

At about 1.5 hours into the beginning of the cramping and bleeding is when the miscarriage happened. I was in the most excruciating pain I had ever felt in my life. It got to the point where my arms started to tingle and go numb. My vision was getting blurry and my legs felt weak from the immense pain I was feeling in my lower body. For about a 20 minute period I couldn’t speak and not only thought I was going to pass out from the pain but wanted to. The thought of not being aware of the amount of pain I was in brought a sense of comfort. There was one point where I was on the toilet and I knew I had just passed our baby. The size was larger than I had expected and took me off guard a bit as the baby had stopped growing around 5/6 weeks.

I had taken some Advil earlier and was conscious about not taking too much. When I was finally able to talk I called my midwife and she suggested I take more Advil. Within 45 minutes of taking the second dose of Advil the pain had subsided quite a bit.

In the days after miscarrying I actually felt very similar to how I did after having Huntly. Although I did have a lot of support, I felt that the doctors and midwives chose to withhold information, probably because they don’t want to scare the mama going through this experience but I wish I had known this.

It makes sense that I felt similar, in the end, its still a postpartum state, unique to its lifespan but again, still postpartum. I had lots of headaches, bled for about 2 weeks, felt exhausted, and foggy in the brain. My appetite was larger again and I was always thirsty. I was of course also dealing with my mental state at the time. With stress around our move, a lawsuit hanging over our shoulders, the miscarriage and then the drop in hormones, I was up against a lot and my anxiety and depression were responding.

Now here I am, nearly 7 weeks since we go the news. I feel as though I’ve come out the other side. Don’t get me wrong, I wish I was planning a nursery right now. I wish so badly I was starting to see my bump come in. But I also know that I have something so beautiful with my angel baby. I feel as though life happens how it should, despite us agreeing or not agreeing with, liking or not liking it. I’ve learned that once again I can be faced with something that seems impossible to face and live with, yet some how, I do.

When I look back to the specific hour we lost our baby I get this sense of strength and confidence. I changed in that moment, I changed forever, just as I did when I had Huntly, I changed once again, never to be the person I was the hour before that moment and I don’t ever want to go back to that person. I feel blessed to have experienced what I did with my angel baby. And that is a beautiful thing. 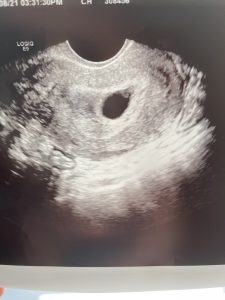 To heal is a privilege. ⁣ I think by not acknowl

My first live! ⁣ ⁣ Be kind to me as I hopped o

It’s as if something clicked. ⁣ ⁣ Waking up

What are you willing to do for yourself? ⁣ ⁣ T

I usually leave this kind of content for my storie